I’ve been really busy with all kinds of “real life” things ever since I returned from Guatemala a week and a half ago.  So I haven’t been out with my camera lately.  And I even got a new one… a new Nikon D3000!  But I do happen to have a photo of some geese who visited with us on the grounds of the hotel where we stayed for 5 nights in Mazatenango, Guatemala.  These geese were very talkative and had Attitude with a capital A!  :)  To play along or to see other Camera Critters entries, click here Camera Critters 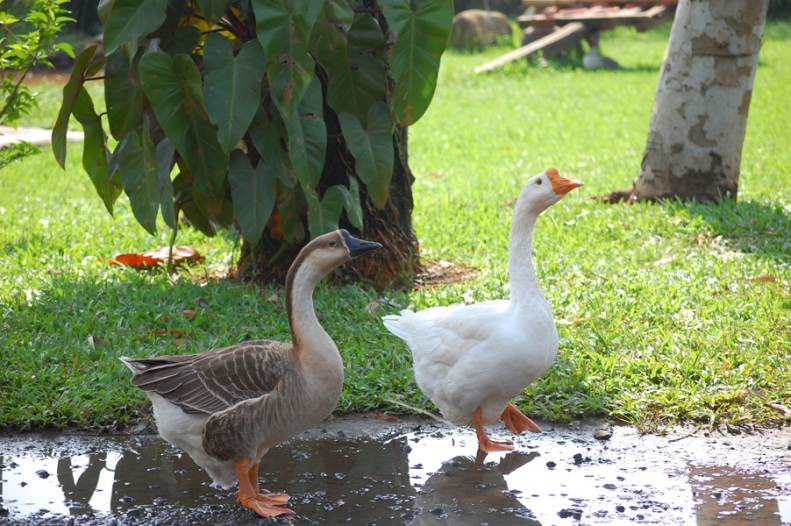 I was on the phone with my mother today and I was jokingly whining about my “bad day.”  The lawn maintenance people woke me up too early with the noise they were making, I grabbed the wrong kind of cereal when I was at the grocery store and I don’t like the kind of cereal I ended up buying, and two lamps I bought recently just don’t go with the decor of my house at all.  Then I had to add that if THAT is all I can find to bitch about in my life, then my life is pretty good.  And really, it IS.  Those really are the worst things I can think of to complain about.  So I’d say my life is pretty blessed.  And on that note, I have a few photos to share.  They are shots I took recently while visiting Multnomah Falls, which is the second-tallest year-round waterfall in the nation.  The water drops 620 feet.  It’s really beautiful to see.

I’ve been busy with work and some travel arrangements for my upcoming trip to Guatemala, so I’m again digging into the folder of photos I shot at the wildlife safari a few months ago.  Hope you’re not tired of them just yet.  To play along or to see other Camera Critters entries, click here Camera Critters Meme 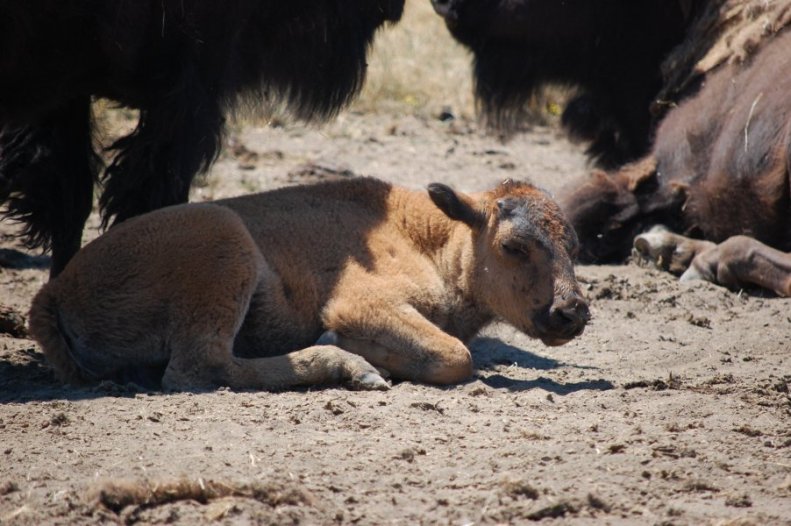 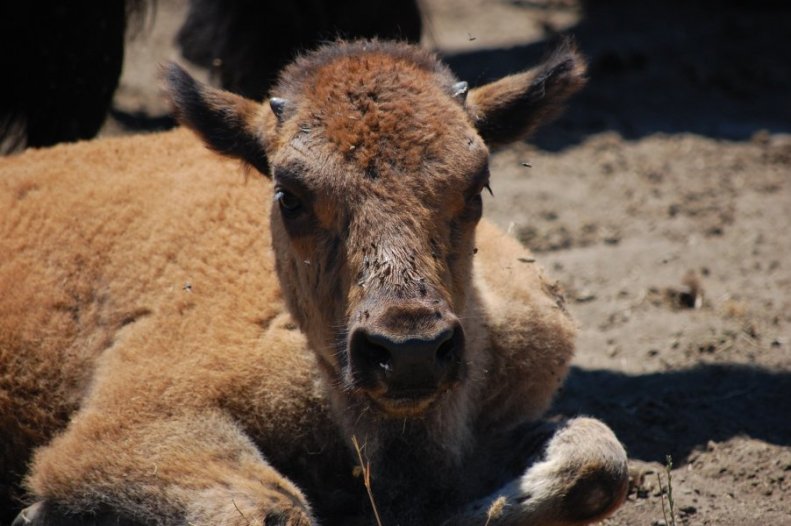 I don’t have any new critter shots for this week, so I’m digging back into my file of Wildlife Safari photos I took a few months ago.  There were some just beautiful animals I saw.  This is located in southern central Oregon.  If you wish to play along or see other Camera Critter entries, click here  Camera Critters 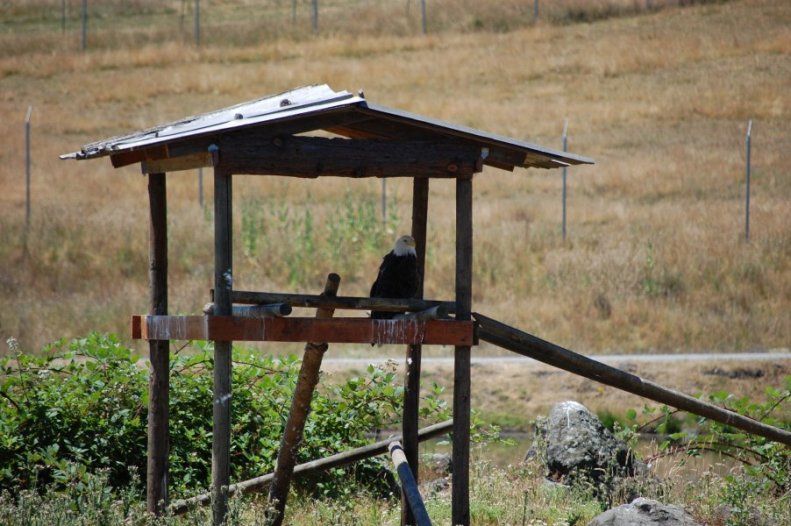 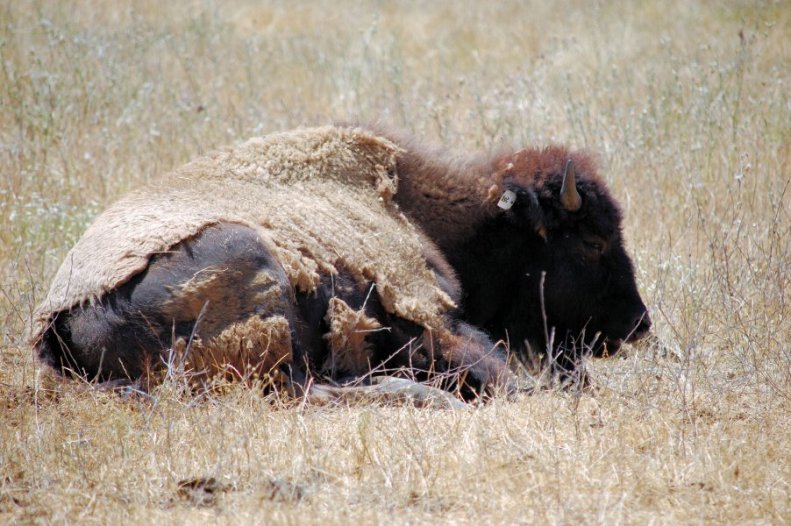 A few days ago I happened to glance out my sliding glass door that looks out over my patio and the yard.  I saw these deer munching on their late afternoon snack and grabbed my camera.  Cute little critters, aren’t they?

I have a very fun day today.  First I went snorkeling at a new-to-me swimming hole.  Had a blast!  The water was refreshing, the scenery beautiful, and a lovely sunny summer day.  I’m taking advantage of the sun as much as I can before it leaves us pretty soon.  And then I spent some time this afternoon with my 5 year old niece.   The  kid never fails to make me laugh.  I had no makeup on since I’d just been swimming and wasn’t planning on going out in public.  I got into the car and happened to glance in the rear view mirror.  I muttered “Ugh, my face looks horrible.”  She replied, completely seriously, “It’s been like that all day.”  I couldn’t help but just crack up laughing.  And I couldn’t wait to get home and tell her mother (my sister) what she said.  Out of the mouths of babes, right?

I’m not allowed to have pets in the condo I’m renting.  This is the first time in my life that I can remember not having a pet for this long.  It’s been difficult at times.  So I decided to get a fish tank.  The owners can’t tell me I can’t have fish, right?  I’m a complete newbie to owning fish and know nothing about them.  I went to a local PetSmart and the gentleman who works there that I spoke with was very helpful.  He was very knowledgeable and helped me pick out some fish that are very hardy and don’t require a lot of tank maintenance to keep them healthy.  There is a pink gourami and a gold one.  Here are some photos of the tank and the fish the day I got them.  To play along or just to see more camera critters entries, click here Camera Critters

A 32 year old man from Seoul has been fined just over $2,400 for trying to steal a kiss from his 27 year old date… while he thought she was hypnotized.  Uh huh.  Apparently the man isn’t quite the hypnotist he thinks he is and his date, a woman he was set up with through a matchmaking service, wasn’t really hypnotized.  She accused him of sexually harassing her.  The article I read on msnbc.com (found here) didn’t mention anything else the man did other than attempt to steal a kiss.  It doesn’t even say he was successful at that.  So I fail to see just how what he did was worth fining him over $2,000.  Sure, if I were the woman I wouldn’t return any further calls from him or ever date him again, but, really?  Over $2,000?  That just seems a little excessive, unless there was more to his actions that the article didn’t go into.

Yep, that’s right… Hawaii!  I’m so incredibly excited.  I just got my plane tickets for a trip to Hawaii to visit one of my very favorite aunts (who just happens to live there) in February.  I’ve never been to Hawaii but always wanted to visit, so this will definitely be a trip to remember.  My aunt Quilly is always fun to visit.  She is one of the wittiest people I know.  I’m looking forward to seeing her every bit as much as I am looking forward to seeing the beautiful sites of Hawaii.  Of course my camera will be one of the first things I pack and I’ll have tons of photos to show you all when I get home.

I’m planning a trip late this winter (more about that later this week) that will involve going snorkeling.  I wish I  knew how to scuba dive, but I don’t, so I’ll settle happily for snorkeling.  Anyway, I want to be able to take photos underwater.  I don’t really want to buy a separate camera to be able to do that, since I really like both my small point and shoot digital camera and my larger digital SLR.  So, I started looking at finding an underwater casing for my small point and shoot camera.  I found one for a fraction of what an underwater camera would cost, so quickly ordered it.  It arrived in my  mailbox on Monday and I left within an hour of opening the package to go swimming in a local river.  Of course, I took the camera snuggled inside the waterproof case with me to try it out.  The glass that covers the lens area does degrade the quality of the photos some, but I still had fun playing with it.  Here are a few shots I took that afternoon. 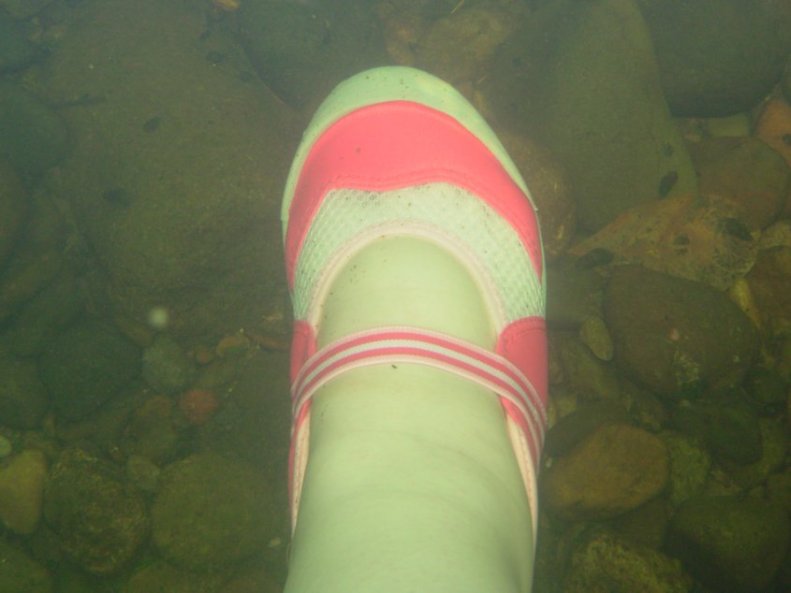